1846 Map for Travellers through the U.S. 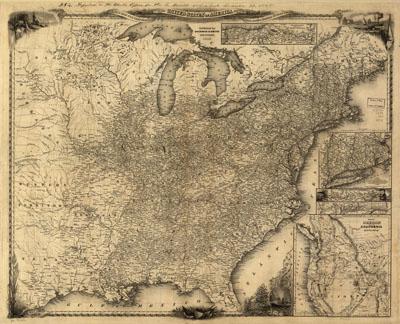